There’s a lot of “mystery” surrounding January 6th, and the days leading up to it as well.

TIRED OF THE ADS? BECOME A PREMIUM USER TODAY!! [1]

Was there a slew of angry Trump supporters there, milling about the Capitol and maybe some even causing a ruckus? Sure, I think that’s reasonable to assume.

But was it more than that? Well, a lot of people think so, and once again, thanks to the lack of government transparency, conspiracy theories have gone off the charts.

You can’t blame people – this is the natural reaction from humans when they think information is being withheld. For crying out loud, we dealt with wild conspiracies for 5 years over the fake “Russia collusion” garbage.

A lot of credible people believe that the FBI may have had a hand in whipping up the frenzy on January 6th. I don’t see any “proof” of that yet, but it’s certainly not out of the realm of possibility, especially now that we see what they did with the “Whitmer kidnapping plot.”

In addition, there were leftist forces there as well – Antifa and BLM rioters who were either there to cause their own chaos or make it look worse for MAGA.

I have seen some reporting that the so-called Q-Anon “Shamim” guy is actually a climate activist in his spare time. His Wiki [3] page even claims that he’s an environmental activist.

Now,  I don’t know about you, but I’ve never seen an “environmental activist” on our side, but I guess this guy is a first, huh?

It’s like a 2A activist feverishly supporting Biden. Okay, whatever you say…

Anyway, with all that said, a new video clip has emerged, showing an older man standing in the middle of a crowd – on what looks to be on January 5th – telling the crowd that the following day they all need to “go into the capitol.”

The crowd of people instantly reject this guy’s plan, and even start chanting “fed, fed, fed.”

You can watch the video below:

Probably the most damning video shot is on January 5th. Suspected undercover Federal Operative trying to clandestinely coordinate the breach of the Capitol. Many in the crowd see what is happening and chant “Fed, Fed, Fed”. pic.twitter.com/HpvSk8Kp1z [5]

My question is – who is this guy?

Many people believe this man is a federal agent or a federal informant or a leftist.

Here’s a photo of this man with the BLM activist and “photojournalist” John Earle Sullivan. 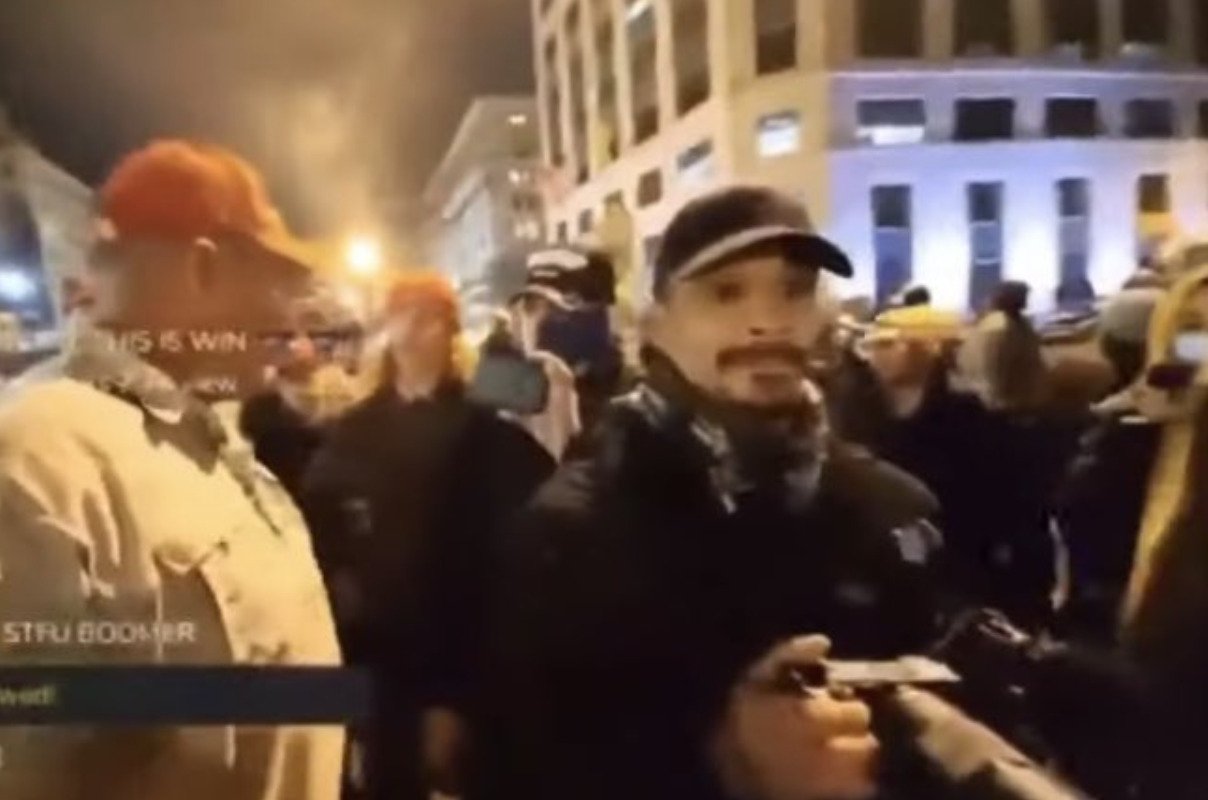 “I can smell that this guy is a fed from here.”

“Staged. This is so phony looking lol go back to FBI acting school, old man”

There’s a lot we still don’t know about January 6th.

But I do believe that it’s being weaponized by the left to use against Trump.

We just need to figure out when that “weaponizing” started…My guess – and it’s just a guess – would be it started the moment the event was announced online.

This piece was written by Missy Crane on July 25, 2021. It originally appeared in WayneDupree.com [8] and is used by permission.