Things are heating up in America – we’ve never been so divided and at each other’s throats as we are right now.

TIRED OF THE ADS? BECOME A PREMIUM USER TODAY!! [1]

About 100 million Americans are not vaccinated for whatever reason – whether it be because they’ve had COVID and have natural antibodies, or because they don’t trust a vaccine that hasn’t been through long drug trials, or whatever the case may be – these are the people that Joe Biden has declared “war” on.

And Biden is talking “tough” to Americans – something he would never do to the Taliban.

Why? Well, because Biden fears and respects the Taliban. 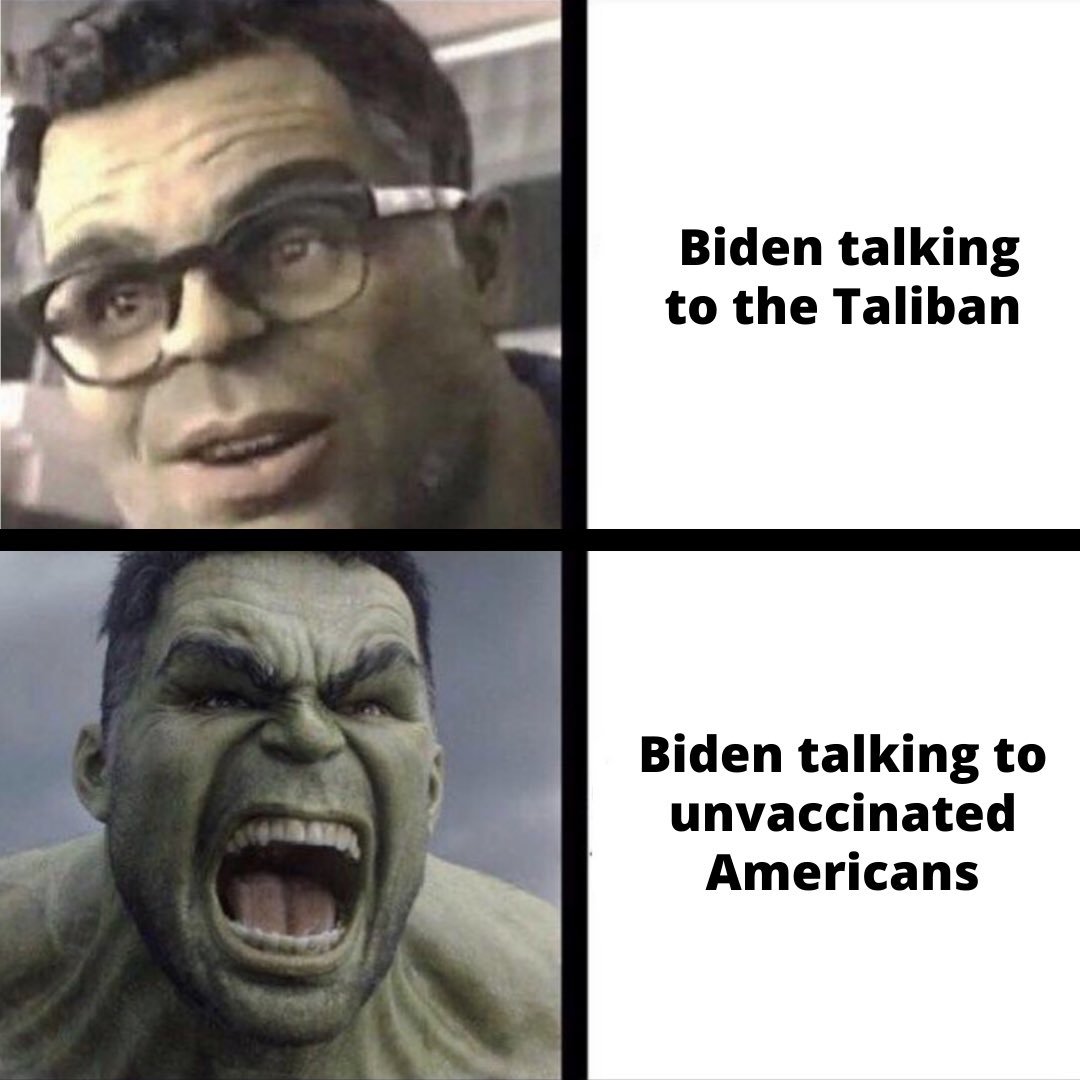 Red States are vowing to fight back. Here’s a map of the states that will not comply with Biden’s vaccine mandate:

And speaking of fighting back, America First Rep Sabatini from Florida wants Biden’s federal officials arrested and prosecuted if they attempt to enforce mandates in his state.

Here’s what Rep Anthony Sabatini said in his fiery tweet: “Florida MUST call a special session to nullify Biden‘s vaccine mandates Any federal official attempting to impose them should be arrested on the spot and prosecuted under Florida law ”

Rep. Sabatini gets it.

It’s time to take the gloves off, politically speaking.

All of the conservatives who’ve wanted to take the “high road” and “turn the other cheek” when dealing with these communists because “that’s not who we are,” need to understand that your complacency has helped get us to this place we’re at now.

Sorry if that makes anyone mad, but it’s the painful truth.

We need to get in the gutter and fight these commies harder than they fight us, and do it every step of the way.

Giving into the left on nearly every issue under the sun has turned this country into an unrecognizable wasteland – it’s finally time to rise up and actually “conserve” something for once.

This piece was written by Missy Crane on September 10, 2021. It originally appeared in WayneDupree.com [8] and is used by permission.

Read more at WayneDupree.com:
[VIDEO] Jen Psaki Bolts Out of The Room As OANN’s Emerald Robinson Asks Heated Question [9]
New Poll is Such Bad News For Joe and RINO Republican Party, They’ll Both Be Crying in Their Ice Cream [10]
Secret Service Forced to Step-in As Biden Gets Savagely Heckled in New Jersey [11]