We can only win the pandemic threat as a team, minus partisan politics

Look, folks, I am ordinarily among the first to criticize political partisans like Nancy Pelosi (D-CA), Chuck Schumer (D-NY), Joe Biden (D-DE), Bernie Sanders (I-VT), their media proxies, and all the rest who try to politicize our country’s pandemic response by trying to take down President Donald Trump.

I won’t hesitate to call out the other side’s partisans either. Of course, like many others, I criticize the responses when we should, but it’s not necessary to personally attack executive branch leaders at any level if they’re doing a decent job taking care of their citizens! 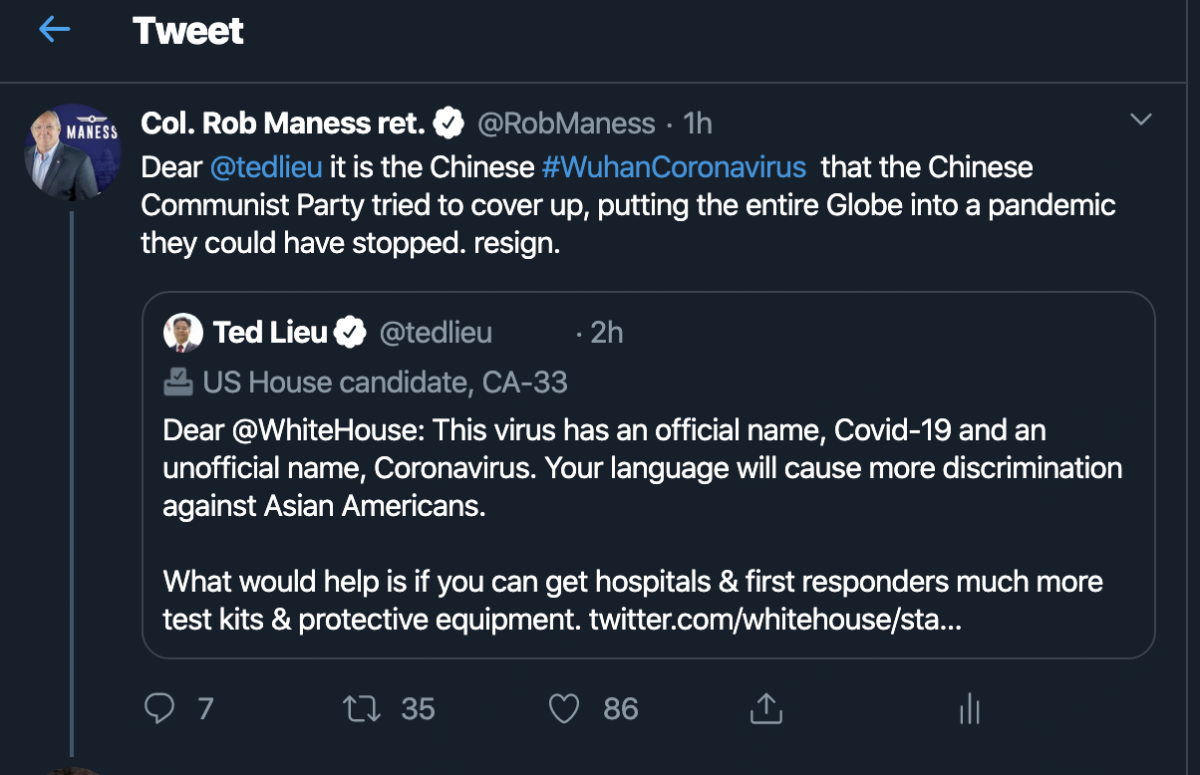 Putting my commander hat on, I admonish everyone to get on the team and do our part to win this “war,” as the president has said. That leads me to this: I don’t care if you are a Democrat spreading false media and Chinese talking points about the federal response or if you’re a Republican undermining the authority of your state’s governor, you are wrong for doing so in partisan ways and it is obvious when you do it!

MORE NEWS: [VIDEO] Steve Scalise Comes up With Brilliant Way to Show Americans What a Failure Kamala Truly is…

That compels me to focus on U.S. Rep. Clay Higgins (R-Port Barre) in Southwest Louisiana, who reacted recently to the latest restrictions by Governor John Bel Edwards. Rep. Higgins issued a Facebook video titled “We’re Not Going To Take It Anymore.”

“Really? He’s not?” is the inquiry from NOLA.com reporter Stephanie Grace in her article about the video. She is right to question the congressman because he is using his voice, his really big voice in Louisiana, to undermine the governor’s authority in the middle of a crisis unlike anything most Americans have ever faced. Quite frankly, I believe the only reason is that the governor is a Democrat.

As the famous commander of the Hurricane Katrina Task Force, Louisiana native son and retired General Russel Honore recently said on Fox News: “It’s time for us to fall out of the political season and work together.”

Here’s my message for Mr. Higgins and all the rest of the swamp, regardless of party: Rep. Higgins, you say you’re fighting for your folks but in the DC Swamp you voted against them with your “Yes” vote on the H.R. 6201: Families First Coronavirus Response Act without debate and correction amendments.

Here are a few of the hits in the bill against the average citizen you represent:

Instead of spewing your partisan frustrations at the governor of Louisiana, undermining his authority in the middle of an unforeseen pandemic response, why don’t you head on back to the DC swamp to help the Senate fix your mess? Your constituents need you to do your job, and that job doesn’t include injecting raw partisanship into the nation’s or state’s response to the crisis, placing lives at risk. Here’s a small list of things for which your constituents need you to use your position of power, advocating on their behalf by including the following tenets in the Senate version of the bill. From Conservative Review’s Daniel Horowitz:

Mr. Higgins, I am hearing from small business owners all over Louisiana —many in your district— that they have merely one week left before they run out of capital and shutter their doors due to the issues in the legislation you voted yes on. So I strongly suggest you end your partisan bull-feces attacks on the state’s leadership team and join them to help win this war! If you can’t, then step down and let a real leader assume your spot.

Officer Chauvin Will be Acquitted

Don Jr.’s Response to Jimmy Kimmel and Hunter Biden’s Attacks is One For The Record Books