The US Navy needs a leader to reinstate fired carrier commander today!

Acting Secretary of the Navy Modly lied about CAPT Crozier's actions, publicly damaging US national security: The US Navy should apologize and reinstate him immediately

The US Navy needs a leader to reinstate this carrier commander! The email the aircraft carrier commander sent was not sent to “20 or 30” additional recipients as the Navy said as major part of the reason Captain Crozier was relieved of command. In fact, on April 2, former Acting Secretary of the Navy Thomas Modly, informed reporters at the Pentagon of his decision due to the wide distribution of the communication over a “non-secure, unclassified” email that included “20 or 30” additional recipients.

It was obvious to many with decades of military and command experience, something wasn’t right in the public pronouncements about the incident or that a Secretary of the Navy, acting or otherwise, would personally terminate a commander’s assignment with zero public support from any flag officer in the chain of command. One AMerica News Network’s Jack Posobiec, a Navy veteran, intelligence officer, and China expert, joined me on the Rob Maness Show to discuss the issues  and the acting secretary’s resignation on April 7:

Acting Secretary of the Navy Resigns!

We discussed the questions surrounding the questionable public information surrounding the actions of both Crozier and Modley, focusing in on the fact that Crozier’s eactual email had not yet leaked and we seriously doubted that he failed to send it up the chain of command or that he sent it to anyone in the media and in fact the Navy Times now reports:

CAPT Crozier’s professionalism and leadership under pressure speak for themselves in his email, properly addressed and written: 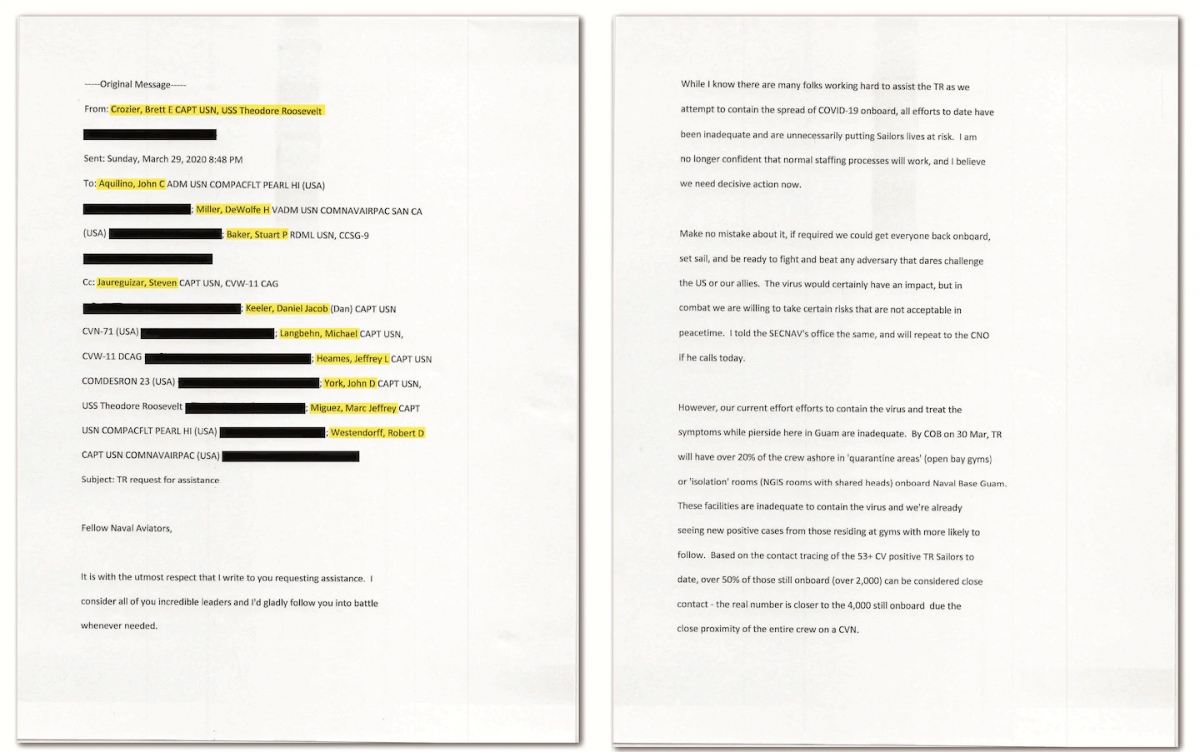 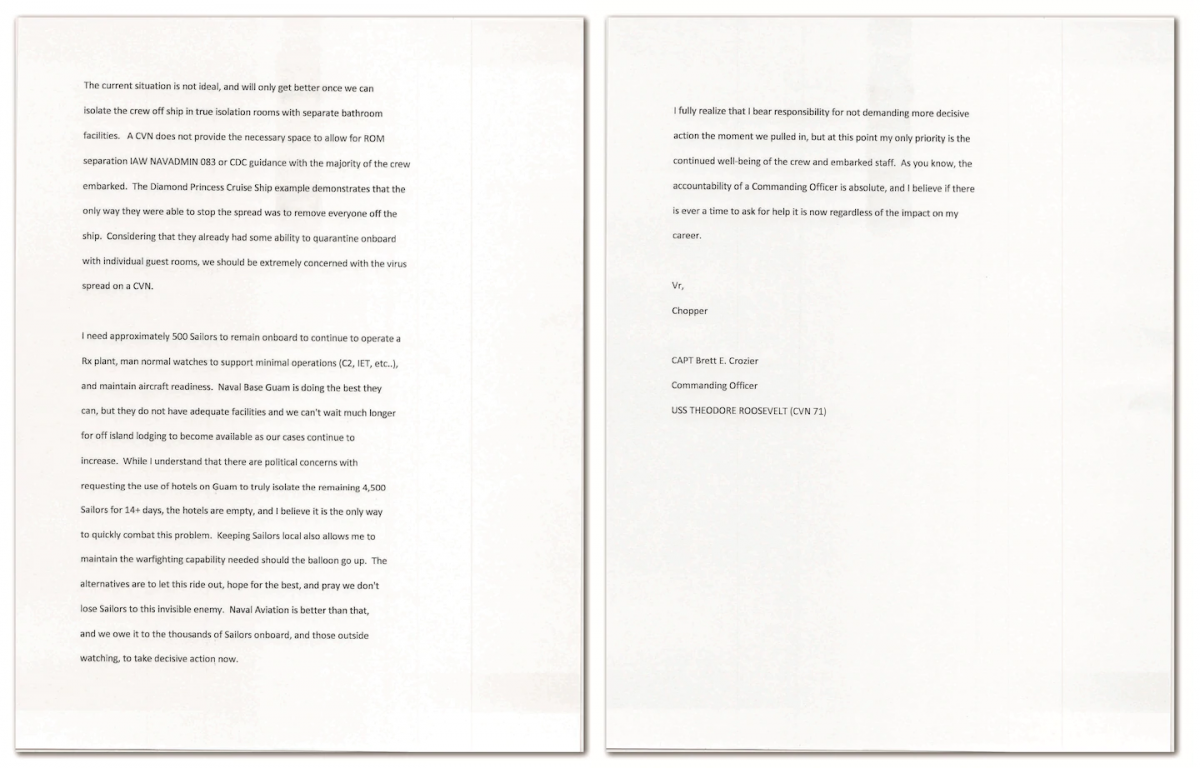 We see in Crozier’s email self accountability, professionalism, concern for the mission of the Roosevelt, and most of all, an address list of Admirals in his chain of command and appropriate Navy officers directly engaged in the Roosevelt’s mission. Modly lied, that is plain and simple. A lot of apologies should be forthcoming to Crozier as the reality now shows the truth.

The US Navy needs a leader to step up and acknowledge the facts support Captain Crozier. If Navy leadership doesn’t reinstate the man immediately and apologize, then Defense Secretary Esper and President Trump should do it. But that cannot be the end of accountability in this reprehensible episode that has gravely damaged our national security at a time of extreme crisis. Every single Admiral in Crozier’s chain of command should be held accountable for not standing up against Modly’s obviously unwarranted and egregious actions.

No better time than this very moment to do it, and quickly, America has a pandemic and national security threat (China) to deal with.

Cali Restaurant Declares They Will Only Serve “Unvaccinated” Customers